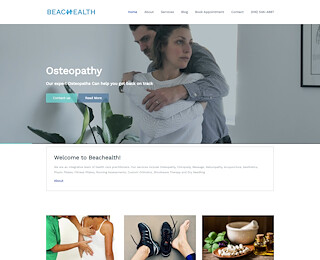 Naturopathy medicine is a holistic type of medicine that aims to not just physically heal the body of an individual but also their mind and soul.

Here is a list of some frequently asked questions about Naturopathy:

Q) What is naturopathy and its benefits?

Naturopathy is a centuries-old medicine technique. It depends on natural medicinal practices to heal the individuals of their diseases or issues. Naturopathy in the modern world makes use of modern medicine techniques and combines them with the traditional medical approaches to cure the physical and mental symptoms of an illness, and also fight its main cause so that it does not return or grow.

There are several benefits of naturopathy:

Q) What exactly does a naturopath do?

You may find this surprising, but naturopathic doctors and their mode of conducting treatments are not much different from modern medicine practitioners. A naturopath doctor consults their patients, asks a series of questions to understand the severity and complexity of illness, along with the medical history of the patient. Then they provide their patient with a treatment plan that focuses on natural remedies and activities to help fight the illness.

Q) Is a naturopath a real doctor?

This depends on what you constitute a doctor to be. If you consider only the doctors that have a degree to prove their medical certification, then depends, a lot of practicing naturopaths do not have an authentic medical degree to be classified as real doctors and make up for it by the years of experience they have, but on the other hand many naturopath doctors like those hired in the team of doctors by Naturopathy beacHealth services, are licensed doctors as only those who have spent four years in the study of naturopathy post-graduation are hired.

Naturopathy is a widely popular medical technique used for a huge range of medical issues such as the ones mentioned above. It has been associated with the effective treatment of several diseases that do not require medically invasive procedures. This practice is especially very popular in countries where modern medicine in countries like India, Africa, China, etc. Several researches and case studies have signified the success of naturopathic medicine in treating many illnesses, and several people around the world believe in it. But for you to find out the answer to this question for sure is by trying it for yourself.

BeacHealth clinic Toronto is one clinic that we highly recommend for Naturopathic medicine treatment. It is one of the finest clinics in Toronto and has a huge team of expert, qualified, experienced, highly professional, and very compassionate Naturopathic doctors.

We welcome your comments!