Concussions and Our Kids In Sports

Beachealth > Blog > Sports Injuries > Concussions and Our Kids In Sports

Concussions and Our Kids In Sports 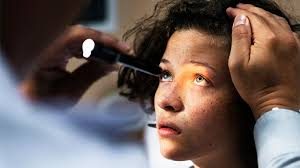 After a conversation with one of the Beach Integrated Health Clinics patients, the topic of concussions with kids in sports came up. It prompted me to write a little bit about concussions, what to look out for and how as Osteopaths we can help.

So what is a concussion? A concussion is an injury to the brain that results in temporary loss of normal brain function. It is usually caused by a bump, blow or jolt to the head or body. This force to the body or head may or may not involve a loss of consciousness. Often there are no specific signs of head trauma like bleeding or even a bump.
A person who has suffered a concussion often cannot remember what happened immediately before or after the injury and may act confused. Which is why it is important to know the type of questions to ask someone if you suspect a concussion has occurred. A concussion can manifest in different ways such as altered memory, judgment, reflexes, speech, balance and muscle coordination.

Who can suffer from a concussion?
Everyone has the potential to get a concussion at some point in their life. Studies have shown that concussions seem to effect women more than men. Which could be for a number of reasons, though researchers seem to think the main reason for that is because women are more likely to report it or at least mention it to their healthcare professionals. A person who has had a previous history of concussions, especially a history of 2 or more concussions, are more at risk for increase in symptoms.

Symptoms of a concussion may include:
• Prolonged headache
• Vision disturbances
• Dizziness
• Nausea or vomiting
• Impaired balance
• Confusion
• Memory loss
• Ringing ears
• Difficulty concentrating
• Sensitivity to light
• Loss of smell or taste
There are also some post Concussions symptoms to be aware of, as some symptoms may not show immediately.
• Mental fog
• Mental slowness
• Memory loss
• Confusion
• Irritability (especially in children)
• More emotional
• Nervous
• Sad
• Difficulty falling asleep
• Sleep changes
There are ways to decrease the risk of a player getting a concussion in many sports like encouraging kids to wear a helmet in sports such as hockey and rugby if it isn’t already compulsory, however, this will not 100% stop a concussion from occurring.
The treatment for a concussion is rest. However, we must take into consideration the severity of the concussion and other factors that might be inhibiting the individual to heal. For example: after a tackle in football a player may hit their head and get a concussion. After 72 hours they may still have some neck pain and a dull headache. Although the concussion may have settled down, the player may have some neck stiffness or pain, which is causing the headache to be persistent. This is where our Osteopaths can help. Having spent time as an Australian Football league Trainer 1 have seen my fair share of concussions and it is important to treat all concussions as a serious injury. While taking a medical history and we decide on techniques that are a little gentler, so we don’t expose the individual to a jolting sensation through the body, neck or head to our treatment.
If you come across a person who you suspect does have a concussion the rule that I like to follow is if in doubt sit them out. While they may be unhappy that they cannot return to the sport, it is always better to be cautious. If they subject their body or head to another heavy blow, it may increase the persons symptoms exponentially.